Sources of the methodology 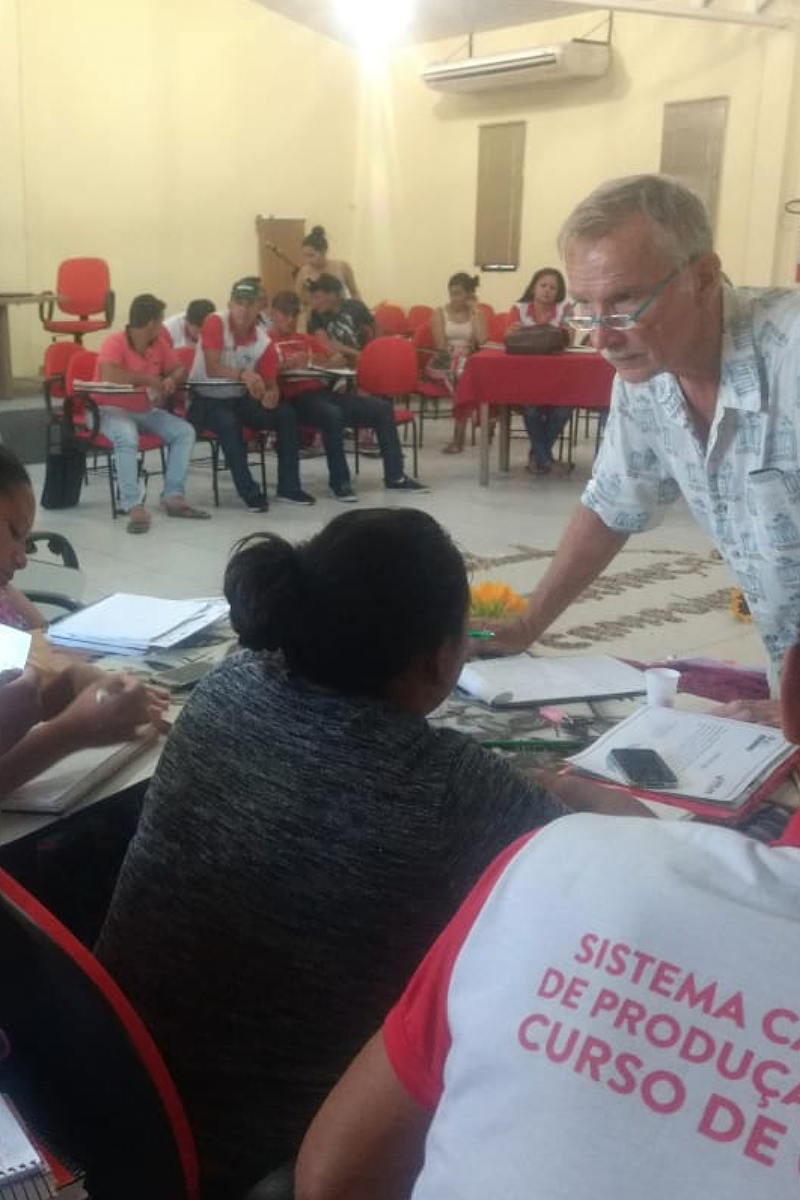 The Conscientia method was created in a process that began in the 1980s from various sources of thinkers, scientists, litterateurs, militants and ordinary people, always testing and developing the method in practice. Below are some of these thoughts and interpretations that influenced us:

Hippocrates (Greece, circa 460-370 BC), considered the father of medicine, said that health is the inner harmony of a person and the harmony between they and their surroundings; being healthy means becoming aware of your conflicts and living under the laws of nature. Almost the same idea expressed by François Voltaire (French, 1694-1778): “The art of medicine is to tranquilize the patient, so that nature can cure the disease.”

Socrates (Greece, circa 470-399 BCE) believed that the truth exists within the person. The role of the philosopher is to act as a midwife, helping in the process of birth of knowledge (consciousness) through a dialogue with questions. For Socrates a basic question of life is “Know yourself.”

According to Plato (Greece, about 428-348 BCE) we can not trust our minds, but we can trust what reason tells us, since the reason is the same for all people. He had the realization that human beings have contact with the universal truth by some kind of ethical sense, which he calls reason.

Aristotle (Greece, 384-322 BC) described God as pure act, that is, infinitely intense action (creation) in goodness, truth and beauty. Augustine (Roman Empire, 354-430) considered that evil is the absence of God. Evil does not have existence by itself.

Sören Kierkegaard (Denmark, 1813-1855), as well as Karl Jaspers (German, 1883-1969) said that human existence is defined by something that goes beyond the finite, concrete life. Human beings relate to themselves through their relationship with the transcendental (metaphysical) body. Existentialism believes that people are free to choose, they are responsible for their choices and they feel the impact at different levels. The ethical mind, consciousness, exists to make us see our intentions and wrong choices (as Socrates and Plato said). All choices have a goal in the metaphysical, that is, beyond the material existence, the afterlife. The essence exists by itself, existence is a misrepresentation, a consequence of human choices.

Fyodor Dostoevsky (Russia, 1821-1881) writes that the action of the justified man is much more complicated and ambiguous than we can understand. Humans have the ability to feed their soul with the highest ideals and the most perverted intentions – simultaneously, and believing in their good intentions. He also wrote that without a pure heart there is no perfect consciousness.

We know a lot without noticing it (intellectually), just by feeling. Truth does not come from the outside into us, but from within ourselves, believe it.

Anton Makarenko (1888-1939), the Russian pedagogue inspired by Maxim Gorki (Russian, 1868-1936) developed a line of education and pedagogy of his own. He emphasizes that it is harmful for a child to live and settle in an idle and purposeless life. He founded colonies for young criminals with principles of healing based on affection, respect, clear rules, cooperation and democracy. The Russian teacher gave voice to childhood, taking into account the feelings of the adolescents, who also had the right to comment and discuss about their needs.

Logotherapy (or analysis of existence) aims, according to its founder, Viktor Frankl (Austria, 1905-1997), essentially the responsibility. In his book The Unconscious God: Psychotherapy and Theology, he writes that existence is a life with responsibilities. In psychoanalysis it is clear the operational aspects to become conscious – in the existential analysis is the spiritual that becomes conscious. In the latter, human duration is treated as something that is not determined by instincts, but as something responsible, exactly about existence – spiritual. Unconscious religiosity would mean that we always seek, unconsciously, God, therefore, that we already have an unconscious relationship with God. Contrary to this writes Sigmund Freud (Austria, 1856-1936): “Religion is general human forced neurosis.”

The point in forced neurosis (meticulous precision with your hypersensitive consciousness) is that the person wants to go above their capacity as a creature. The broader an idea is, harder it is to understand it. The infinite idea can not be understood by a finite being. Here ends the science and wisdom of the word, as Blaise Pascal (France, 1623-1662) said: “The heart has its reasons that reason will never understand.” Each situation is a call that we have to listen and obey. Even in a hopeless situation, people find meaning.

Emmanuel Swedenborg (Sweden, 1688-1772): Love and wisdom are worth nothing if they are not translated into action. They are only fantasies and do not become real until they have a profit. A small fire extinguishes with a storm, while a large fire increases with the same. As well, a weak faith weakens before difficulties and catastrophes, while a strong faith is strengthened by them.

Sigmund Freud (Austria, 1856-1939), the father of psychoanalysis, says: “Psychoanalysis is in essence a cure from love.”

According to Albert Einstein (Germany, 1879-1955) the goal of the school is to awaken innate talents and curiosity in the individual, to develop a sense of responsibility towards other people. He criticized the school that instead glorifies and creates in the individual the competitive mentality, as the society in general, that we live, do. A person should be evaluated according to what they are able to give rather than what they are able to provide for themselves.

Einstein further argues that there is a worse evil of all in the current education system, is the use of methods of fear and artificial authority used in schools, affecting happiness, ethics, social environment and especially the psychology. It takes away the student’s sense of self-confidence and produces a submissive subject. When talking about the means he considered ideas for education, he emphasizes joy. He said that the task of the teacher was to awaken joy of working and knowing, which is an engine for creativity, and therefore have ends that reach a common good for the community. The most important motivation is the pleasure in the work, pleasure with the obtained results and the knowledge of the value of these results for the community.

to be, at the same time, the construction of social consciousness. He places the learners as active beings, where only in dialectic interaction education can take place, in an interactive process. The subject of learning needs to be understood from their cultural roots, by the moment/space in which they lives. In the neoliberal context, inequality is considered as a positive and natural value, reflecting the oppressive value it maintains as part of the culture.

The Brazilian educator states that all oppressed people become oppressors. When we accept being psychologically oppressed, we oppress ourselves, and as a consequence we tend to oppress others.

Erich Fromm (Germany, 1900-1980) sought to integrate the critique of Karl Marx’s society (Germany, 1818-1883) with Sigmund Freud’s psychoanalysis into an atheistic mysticism. At bottom, both in authoritarian communism and in so-called free capitalism run by a bureaucratic class of professional politicians and capital owners, both have materialistic perceptions. Fromm states that it is necessary to decentralize the work and the state body to assign them human proportions. In the economic field we need a co-management of all those who work in a company, for example, allowing their active and responsible participation. The exploitation of people by people must be revoked and the economy must become an agent of human development. Capital will serve labor and things must serve life.

According to the psychoanalyst Norberto Keppe (Brazil 1927-) evil is the consequence of the negation of good. Evil does not exist by itself, but it needs the good to exist. Keppe coined some practical concepts to describe how the human being distorts and denies reality, such as censorship, megalomania and perfectionism (theomania), envy and inversion. Keppe writes: “If a man recognizes having or being something valuable, he feels duty to care for and progress it.” He goes on to say that the human’s great problem is not lack of self-knowledge, but an effort to avoid it. As the man in his essence is good, he will only feel fulfilled if he does good.

The Halland School of Nursing, in Sweden writes in its introduction “The human being is good by nature, honest and creative.”

Sources of the methodology